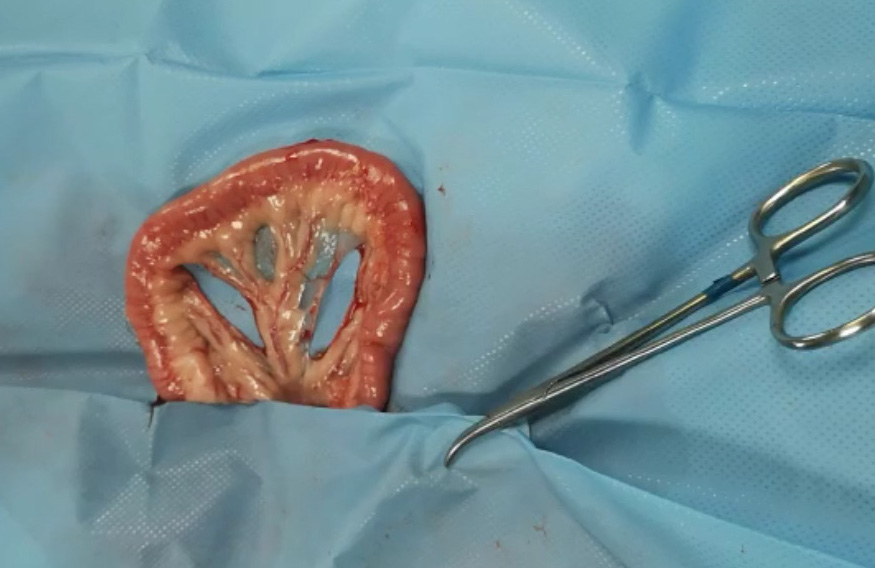 Material and methods
The animal was positioned in dorsal recumbency, and both the ventral
abdomen and the perineal area prepared for surgery. A ventral midline
abdominal approach was performed first, from xiphoid to pubis.
Findings included a moderate amount of peritoneal effusion.The colon
was evident with suture dehiscence. Initially, primary closure of the
colon with recto was attempted using 4-0 PDS in a simple interrupted
pattern. This resulted in a tension on the closure that resulted in sutures
tearing through the tissues. To decrease tension, a jejunal grafting
technique was utilized. A 5-cm segment of healthy jejunum, including
jejunal artery and vein, was isolated and mobilized from the middle of
the jejunum. The graft harvest site was anastomosed using 4-0 PDS in
simple continuous appositional patterns. The jejunal segment was
transposed, and sutured in place with 4-0 PDS in a simple interrupted
pattern in the cranial colon portion. The rectal portion was hard to
scarify by this approach even if bilateral ischiopubic osteotomy was
performed. A doyenne clamp was push inside abdomen by anus, and
the caudal aspect of jejunal graft was push out the perineal. The
abdomen was lavaged with 5 L of sterile saline and a Jackson Pratt
drain was placed in the peritoneal cavity prior to closure. The abdomen
is closed routinely. The dog is then positioned in sternal recumbency. A
trans anal rectal jejunal anastomosis was done. using 4-0 PDS in
simple continuous appositional patterns. The dog received intensive unit care for three days.

The dog was hospitalized with a Jackson-Pratt drain for the following 4 d. The drain was removed based on
decreased production and cytologic evaluation of the abdominal fluid. The dog was discharged 5 d following
the surgery. Medications prescribed included amoxicillin/clavulanate potas- sium (14 mg/kg BW, PO, q12h)
and enrofloxacin (6.8 mg/kg BW, PO, q24h)
results There were no major intraoperative complications. Surgical times were 125 and 110 minutes,
respectively. Diarrea was seen for three days. No fecal incontinence was seen both in the short and long-term
follow-up.

Conclusion
The suture deischence after pull trought is a severe
complication can to die or euthanasia for severe peritonite.
the strategy to treat this condition are a surgery revision
with colostomy temporary or permanent. The use of a
vascularised pedicle jejunal is a good alternativee to treat a
suture dehiscence. This case represents the novel use of a
jejunal graft for successful repair of a severe deiscente after
trans anal pulltrought to treat a rectal colon
adenocarcinoma. It is clear the septic peritonitis that
developed after the initial procedure was due to suture
leakage The leakage was seen in the revision surger too.
The results support the use of this technique as a
potential method to maintain treat a suture deiscente. 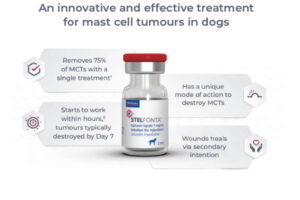 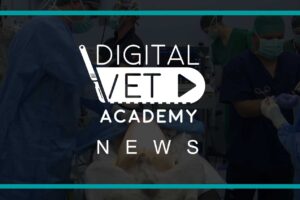 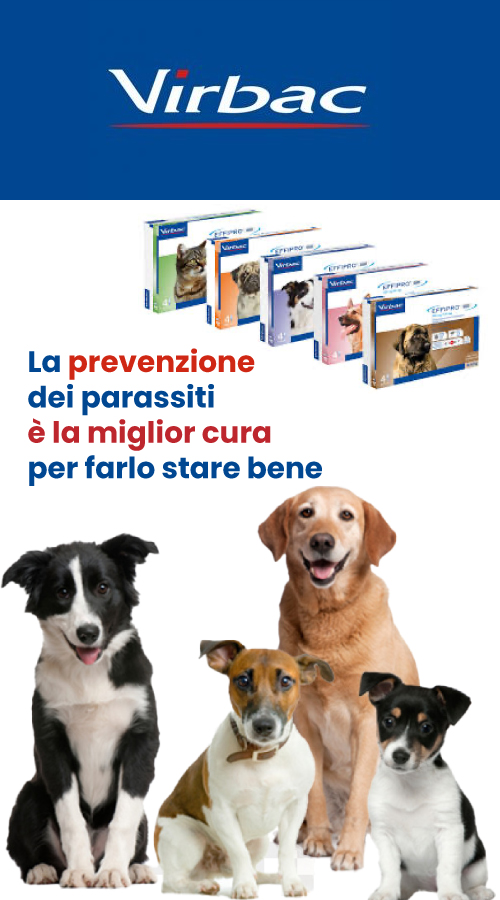 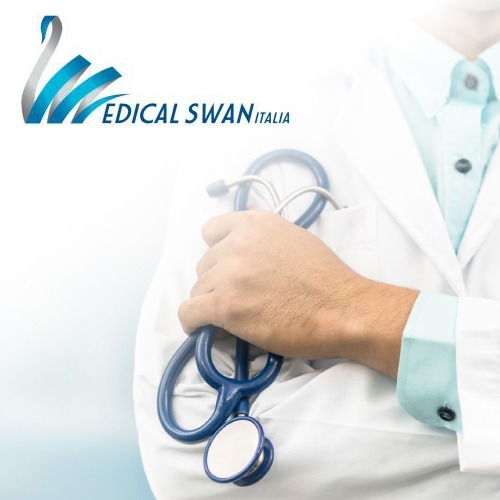 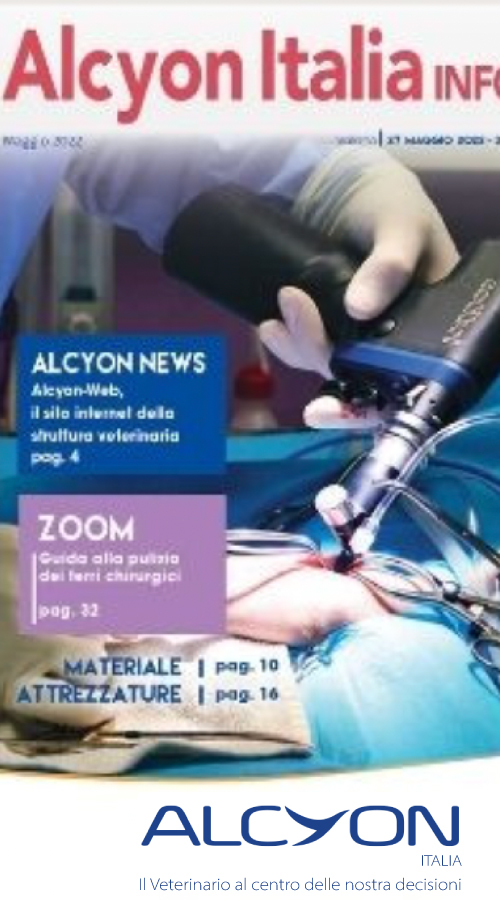 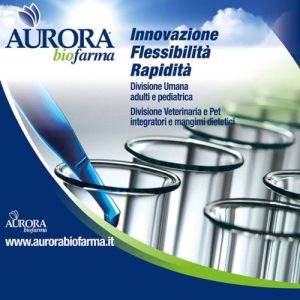 This website uses cookies to improve your experience while you navigate through the website. Out of these cookies, the cookies that are categorized as necessary are stored on your browser as they are essential for the working of basic functionalities of the website. We also use third-party cookies that help us analyze and understand how you use this website. These cookies will be stored in your browser only with your consent. You also have the option to opt-out of these cookies. But opting out of some of these cookies may have an effect on your browsing experience.
Necessary Sempre abilitato
Necessary cookies are absolutely essential for the website to function properly. This category only includes cookies that ensures basic functionalities and security features of the website. These cookies do not store any personal information.
Non-necessary
Any cookies that may not be particularly necessary for the website to function and is used specifically to collect user personal data via analytics, ads, other embedded contents are termed as non-necessary cookies. It is mandatory to procure user consent prior to running these cookies on your website.
ACCETTA E SALVA
Open chat
Hai bisogno di aiuto?
Ciao, se hai difficoltà ad acquistare una lezione puoi richiedere assistenza scrivendo qui.